Barcelona lining up move for Matthijs de Ligt from Ajax

The 18-year-old defender, who broke into the Ajax first team last season, came through the youth ranks after joining the Dutch outfit at the age of nine. 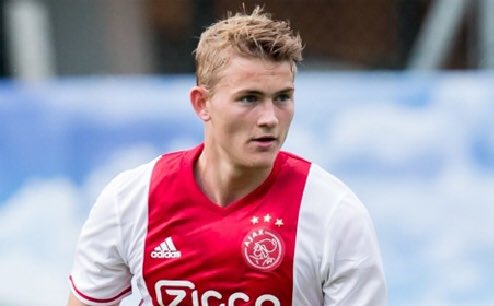 According to Mundo Deportivo, the Spanish giants have identified the teenager as an ideal replacement for Gerard Pique, and the Catalans will push further with a move at the end of the 2017-18 campaign.

De Ligt has made 12 appearances for Ajax this term.