The Red Devils were strongly linked with the 23-year-old forward over the summer but were unable to get a deal over the line. 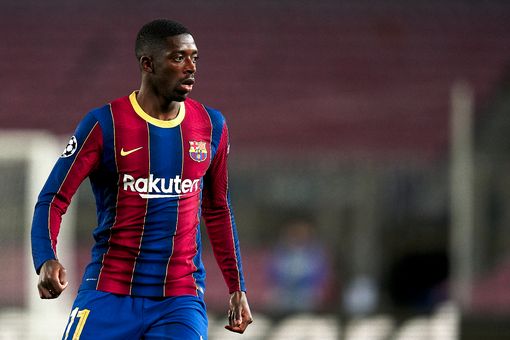 Dembele has been a regular for the Catalan giants this season, contributing three goals and one assist in nine appearances in all competitions, but his long-term future at Camp Nou remains uncertain.

The Frenchman’s existing deal with Barca is due to expire in June 2022, and the Italian champions Juventus are believed to be keeping a close eye on the developments surrounding the frontman.

According to Italian journalist Fabrizio Romano, Man United are interested in signing Dembele on a loan for the second half of the 2020-21 campaign.