Juventus have emerged as rumoured suitors for Ajax midfielder Donny van de Beek, according to Calciomercato.

The Netherlands international has guided his side winning a league and cup double last season in addition to reaching the semi-finals of the Champions League. 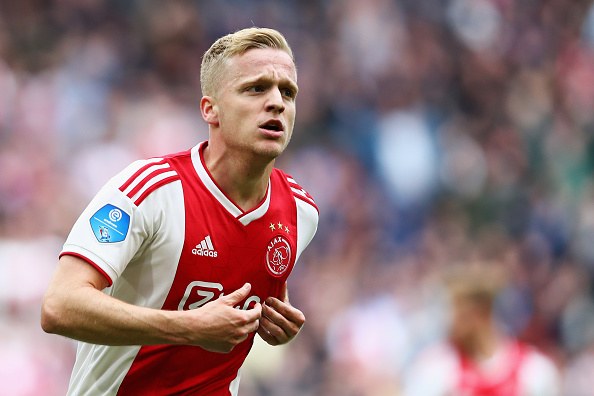 The 22-year-old midfielder has been in impressive form this season, contributing 10 goals and 11 assists in 37 appearances across all competitions.

Real Madrid are believed to be interested in a summer deal for the Dutchman, but the Serie A champions are also in the race for his signature.

Van de Beek’s current contract at the Amsterdam giants will run until the summer of 2022.

Manchester United and Inter Milan are also said to be keen on the midfielder.